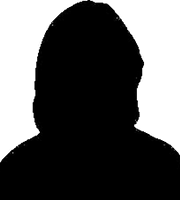 Max Planck Research Group for Development and Evolution of Cognition

My main research focus lies on the development of cognitive performance, ecological skills, and cultural repertoires in immature wild orangutans. I direct the SUAQ orangutan research project at the Suaq Balimbing monitoring station in South Aceh Indonesia, where orangutan research has been conducted since the 1990ties. My team and I have been following a group of immature orangutans with their mothers and other association partners since 2010. These longitudinal and cross-sectional data allow us to investigate which factors during immaturity affect orangutans’ cognitive performance as well as the size and complexity of their skill repertoires. By comparing multiple populations and species of orangutans I aim draw conclusions on the evolutionary level. By investigating broader patterns across a wider range of species and using different comparative approaches, I aim to also shed light on the connection between cognitive development, life history traits, and cognitive evolution across species.

Development and Evolution of Cognition